In a role reversal of recent trends, lead sheet replaced a failing stepped tile design in a project that relied heavily upon close teamwork between the architect and the traditional crafts

Martin Cahalan reports that Leadwise were delighted to be involved in the project at the Parliament Buildings, Stormont, an iconic Belfast landmark on an elevated site overlooking large swathes of the city and a building that has had, and continues to have today, huge relevance for all the citizens of Northern Ireland. The work itself was to the front sloping pediments and was necessitated by a longstanding failing in the existing stepped tiling arrangement.

After discussing the various options, the project team from Hamilton Architects led by Mr Paul Millar took the decision to replace the tiled roofing with lead roofing that would mimic the detailing of the tiled roof as far as possible. It was at this point that Leadwise were able to offer some advice as to the necessary sub-structure, sizing and ventilation needs and these were incorporated into the final design.

With the aesthetics now of paramount importance it was essential that the joinery work be of a very high standard and consistent throughout and thankfully this was achieved by the Contractor, Tracey Bros of Enniskillen.

With the lead to BSEN:12588 sourced from Jamestown Metals, the 110 sheets of Code 6 lead needed were pre cut, formed and sent to site for installation. A building paper to BS 1521 Class A was laid onto the decking and the wood rolls then put in place as the work progressed. In total there were some 2600 copper nail heads that were individually dotted and everything was checked and rechecked to ensure continuity and it was through this attention to detail and pride in the project that such a pleasing outcome was obtained.

Whilst Leadwise are delighted to have their contribution recognised by their peers it’s important to appreciate that it was the contributions of others also that made for overall success. The project Architect, Mr Mark Knight and Tracey Bros can take great credit too for all their input and desire to leave a lasting legacy on this landmark building. 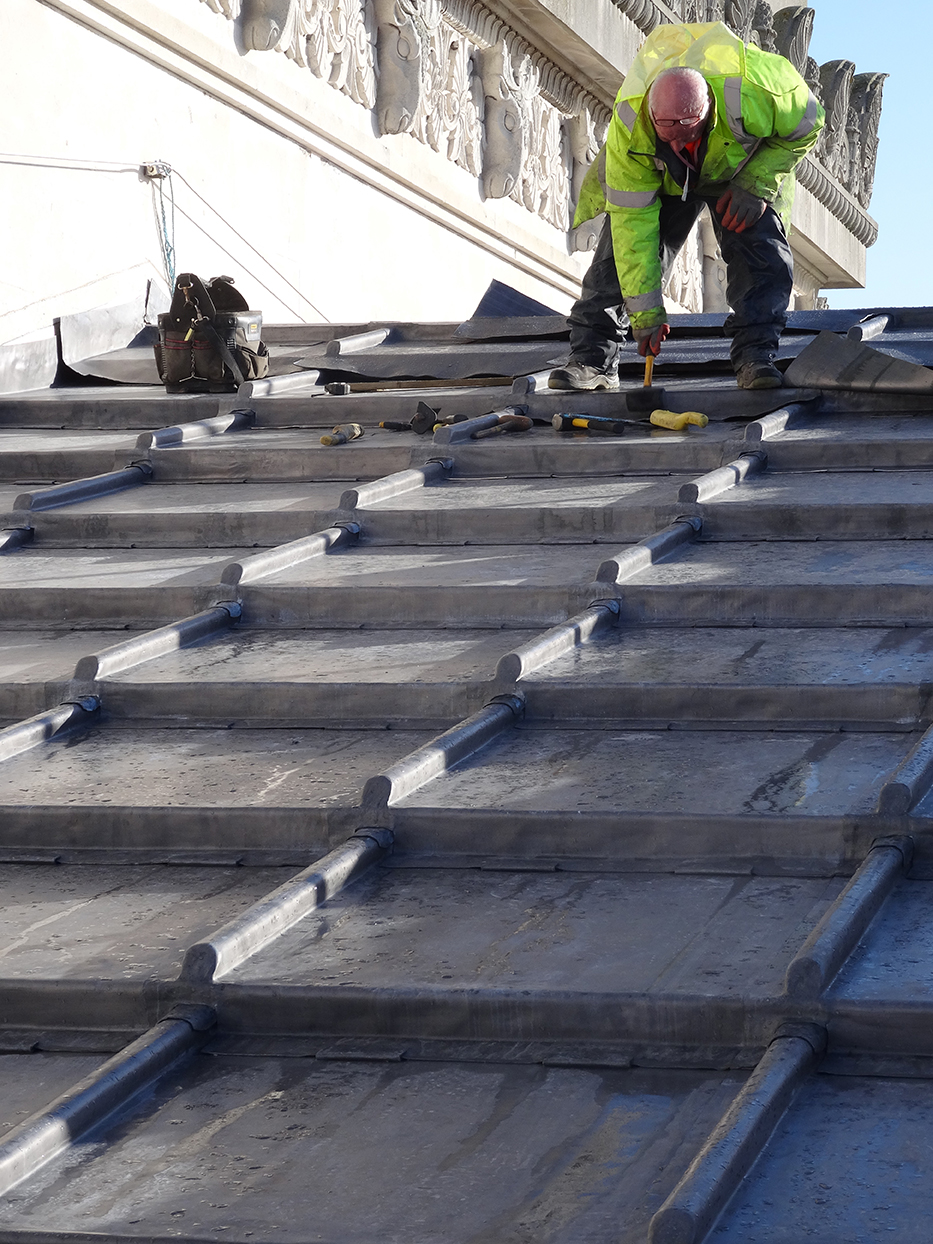 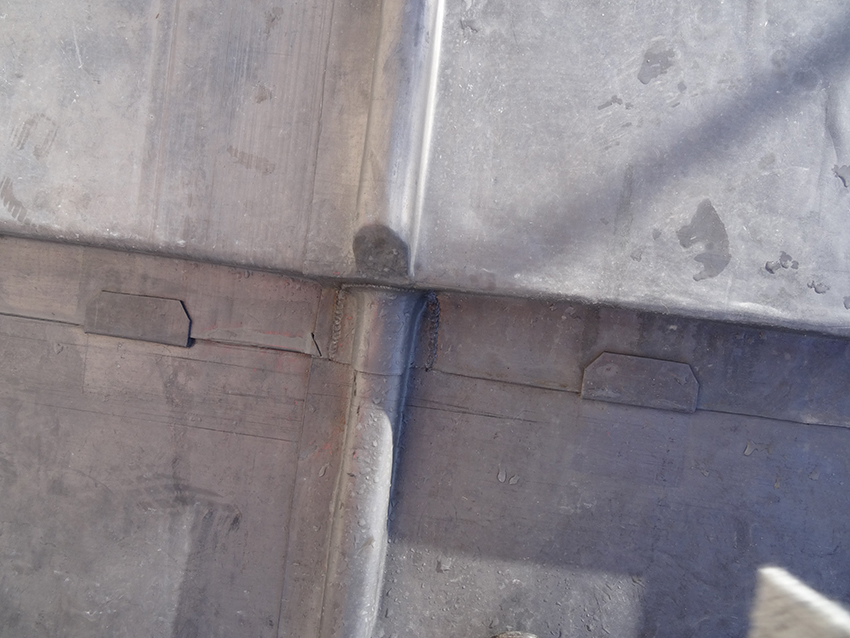 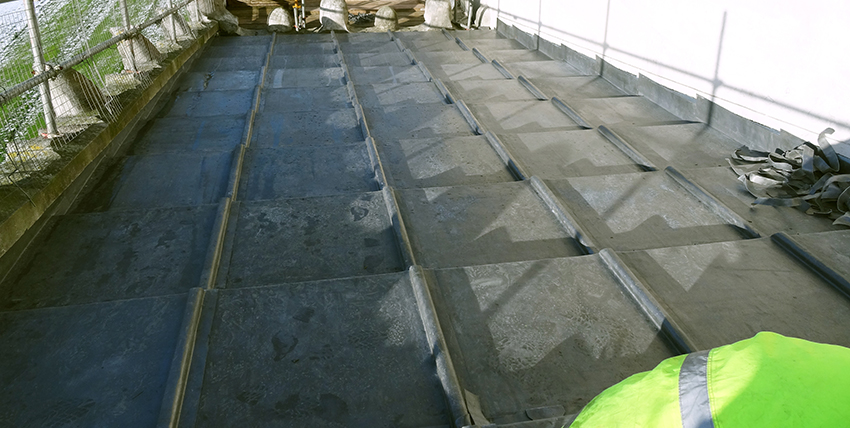 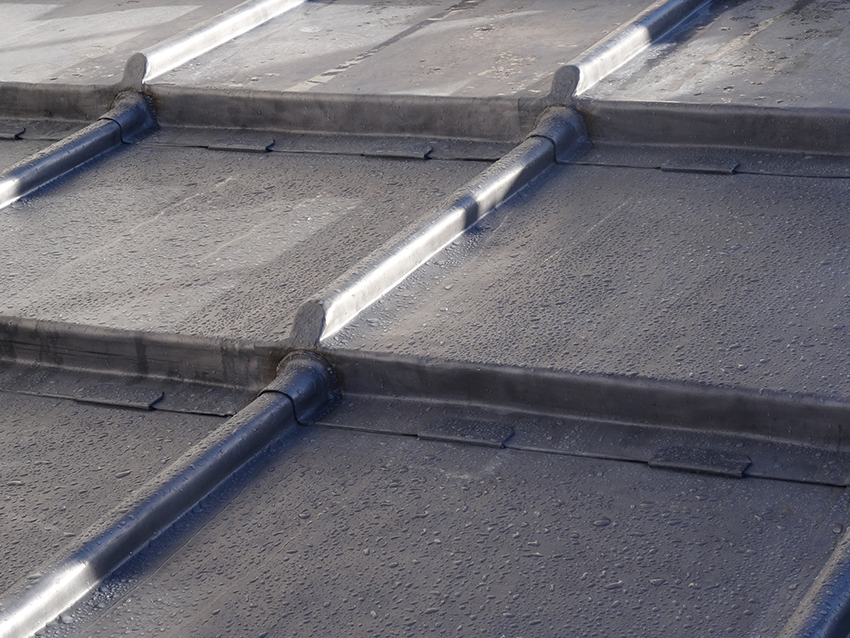 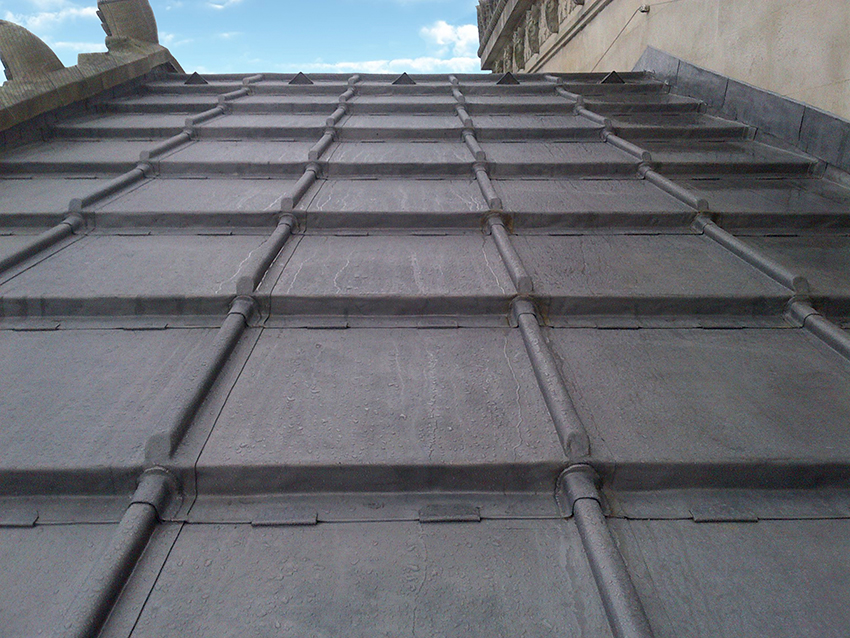