Lead Contractors Association (LCA) members, associates and their guests attended the gala dinner, this year at the Manor House Hotel in Castle Combe, Wiltshire, to learn who had taken the top honours in the annual Murdoch Award and Murdoch Sponsors Award.

In his welcoming speech, LCA chairman Mike Hempstock thanked all delegates and their guests for taking part in the evening’s celebration of the Murdoch Awards and handed the proceedings over to general manager Nigel Johnston, who introduced national sales manager of Associated Lead Mills (ALM) Alan Barker. ALM has sponsored the Murdoch Award since 2005 and created the Sponsors Award the following year.

Alan spoke about the background and importance of the awards before introducing Dick Murdoch, who took the opportunity to summarise the technical comments of the judging panel before announcing the results of the Sponsors Award.

However, in the judges’ opinion, the winner of the award was in no doubt: Leadwork Contracts Ltd for their work on Sotheby’s, George Street, London. Steve Hempstock stepped forward to receive the award on the night, and later a delighted Ben Herbert, director of Leadwork Contracts who was unable to attend the presentation, explained the background to the project and some of the challenges they faced along the way.

“The crown roof at Sotheby’s, 1 and 2 St. Georges Street, was in dire need of renewal and we had repaired it many times over the last 20 years,” he said.

“The old lead was code 6 and laid in bays that were too wide and therefore oversized. In addition, the timber substrate was poor so we overlaid with 18mm WPB ply laid to new falls with drip heights increased. There were also a few bays that were restricted due to tapering and breaks in brickwork, which created additional design issues.”

One challenge which was unique to this project was the value of the items within Sotheby’s premises, as Ben explained: “Keeping the roof watertight was critical as there were some extremely rare and expensive items just feet below. Because of this, we only stripped areas of roof that we could put back in a day, leaving minimal sheeting overnight.”
Ben added that the project is also covered under the 25 year guarantee scheme.

On to the Murdoch Award itself, and as with the Sponsors Award, the judging was extremely close. Norfolk Lead Sheet (UK) Ltd took third place again, this time for their work on New Manor House, Hales, Norfolk. Runners-up were Full Metal Jacket Ltd for their work on Islamic Galleries, British Museum, London.

However, the outright award went for a record fourth time to NDM Metal Roofing & Cladding Ltd for their work on Chatsworth House, Bakewell, Derbyshire. NDM’s delighted managing director, Nigel Miles, explained that they won this prestigious £1.8 million contract after considerable negotiations had taken place by his commercial director Brian Shepherd.

The works are still ongoing and will eventually have taken more than a year, as they began in January this year and are programmed to end in March 2018, involving stripping some 230 tonnes and replacing it with 310 tonnes of lead sheet.

Nigel explained: “Our project manager Wayne Hall has been on site since the start of the project and has overseen a superb installation, alongside Chatsworth’s own resident team and Stephen Gee, a knowledgeable architect, with a keen eye for correct detailing and workmanship.

Leadwork Contracts Ltd used rolled lead to BSEN 12588, which was supplied by ALM. Codes 5, 6, 7 and 8 were used on the project, which equated to 4.5 tonnes of lead.

“Predominantly the work consists of large code 8 gutters with code 9/10 roofing sheets of varying pitches. There are approximately 25 roofs that have been stripped and recovered, varying in sizes from 10m2 up to 850m2.”

He added that this project involved a first for a Grade 1 listed building with the introduction of stainless steel gutters to overcome some awkward gutter substrate details.

Nevertheless, the most challenging aspect of the project so far has had to be the re-roofing of the dining hall, attached to the main house and housing possibly one of the world’s most expensive paintings. The hall did not have a temporary roof over it and Nigel admitted that their entire workforce became concerned – even paranoid – about night-time protection.

“However, we were all greatly relieved when the house declared that the main contractor was going to be responsible for that!” he said.

He was proud to confirm that throughout the period on site, NDM have maintained the same workforce, enabling all of the work to be consistent in its appearance.

“In my estimation, other than St Paul’s Cathedral, Chatsworth House has to be the ultimate lead roof to re-roof,” he said. 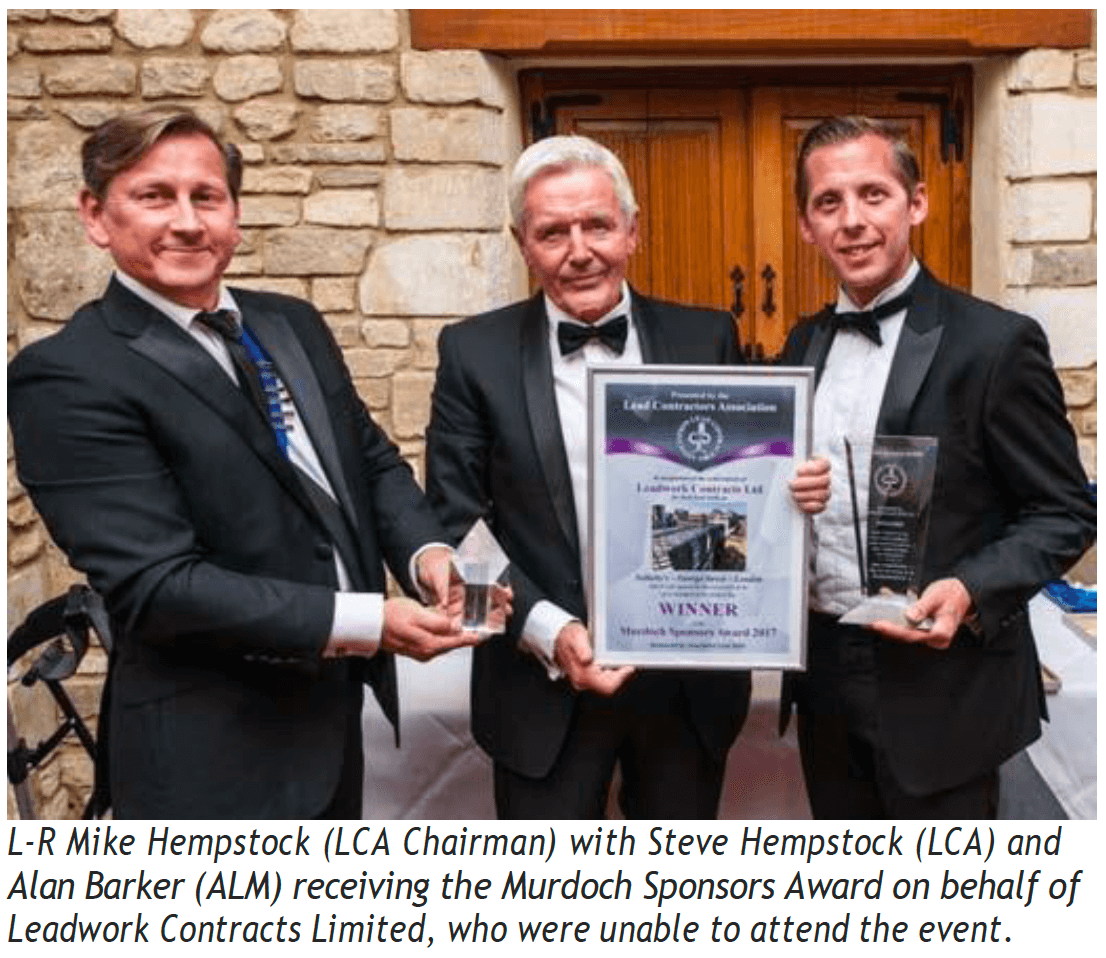 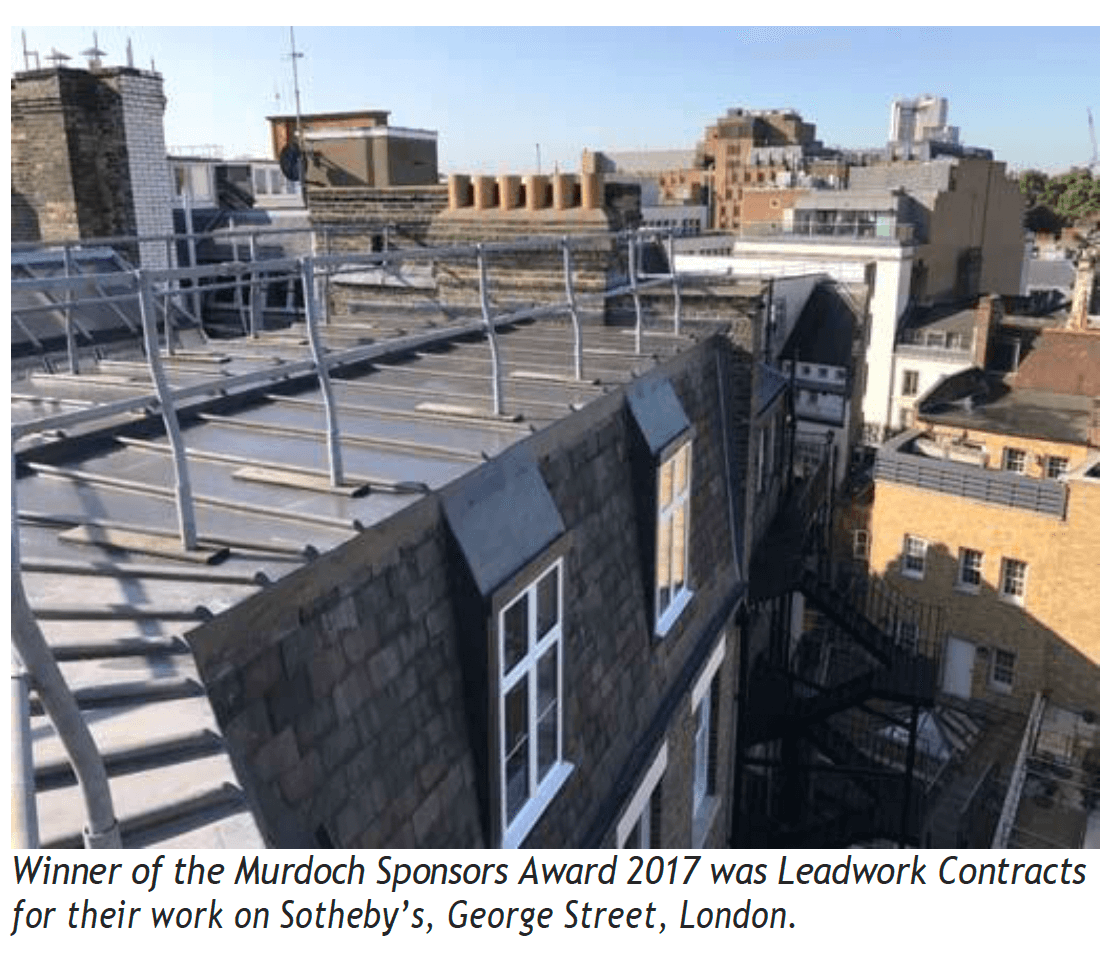 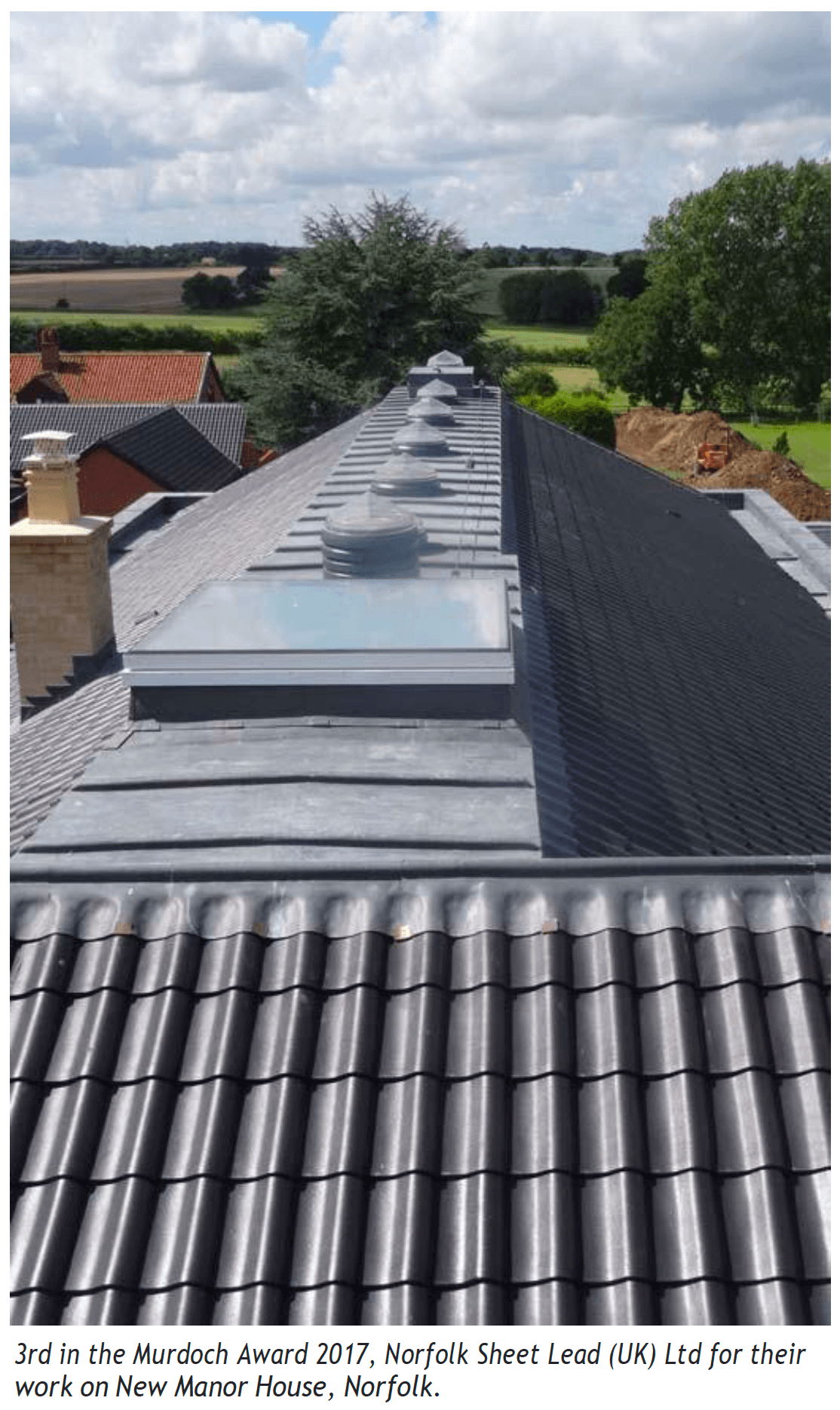 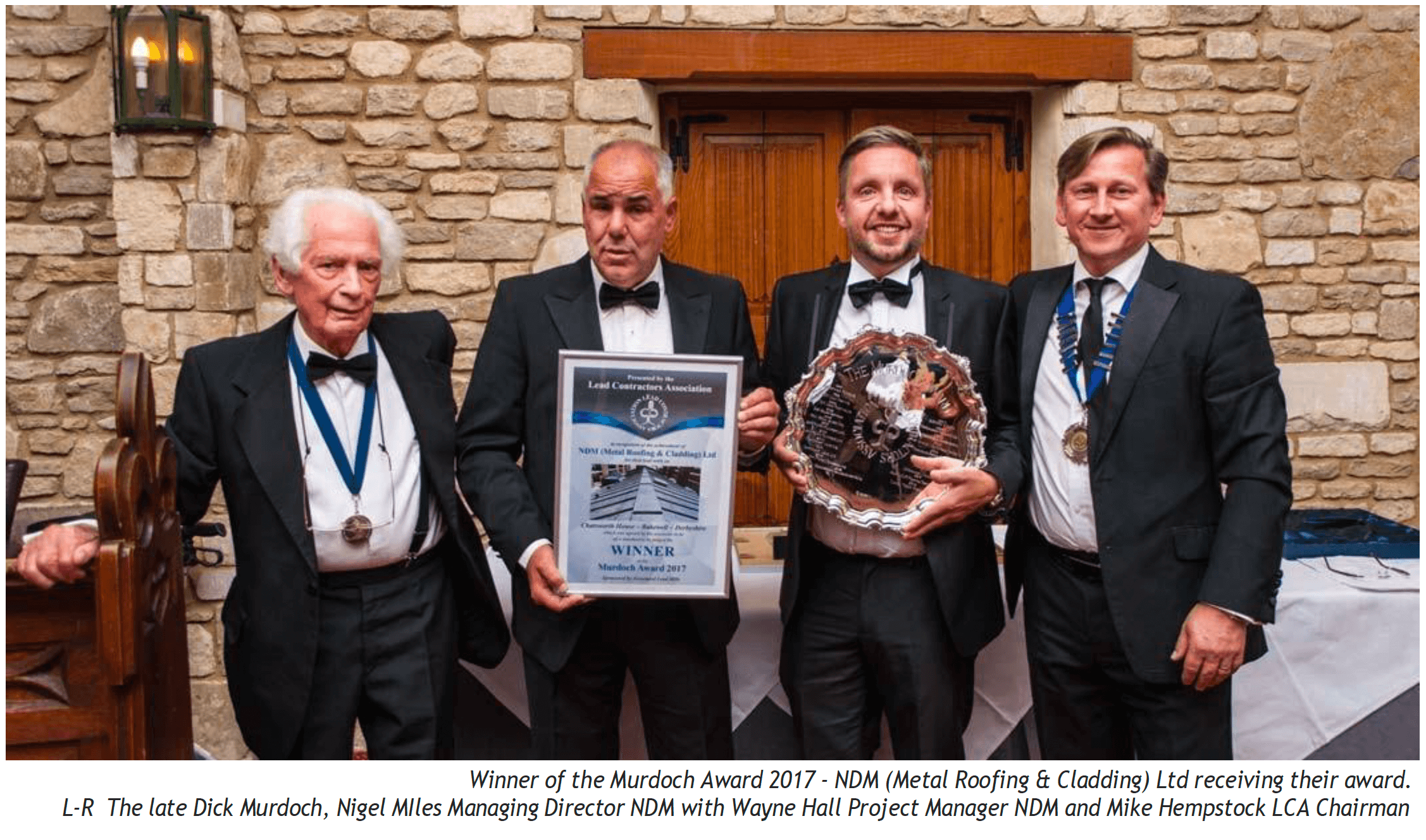 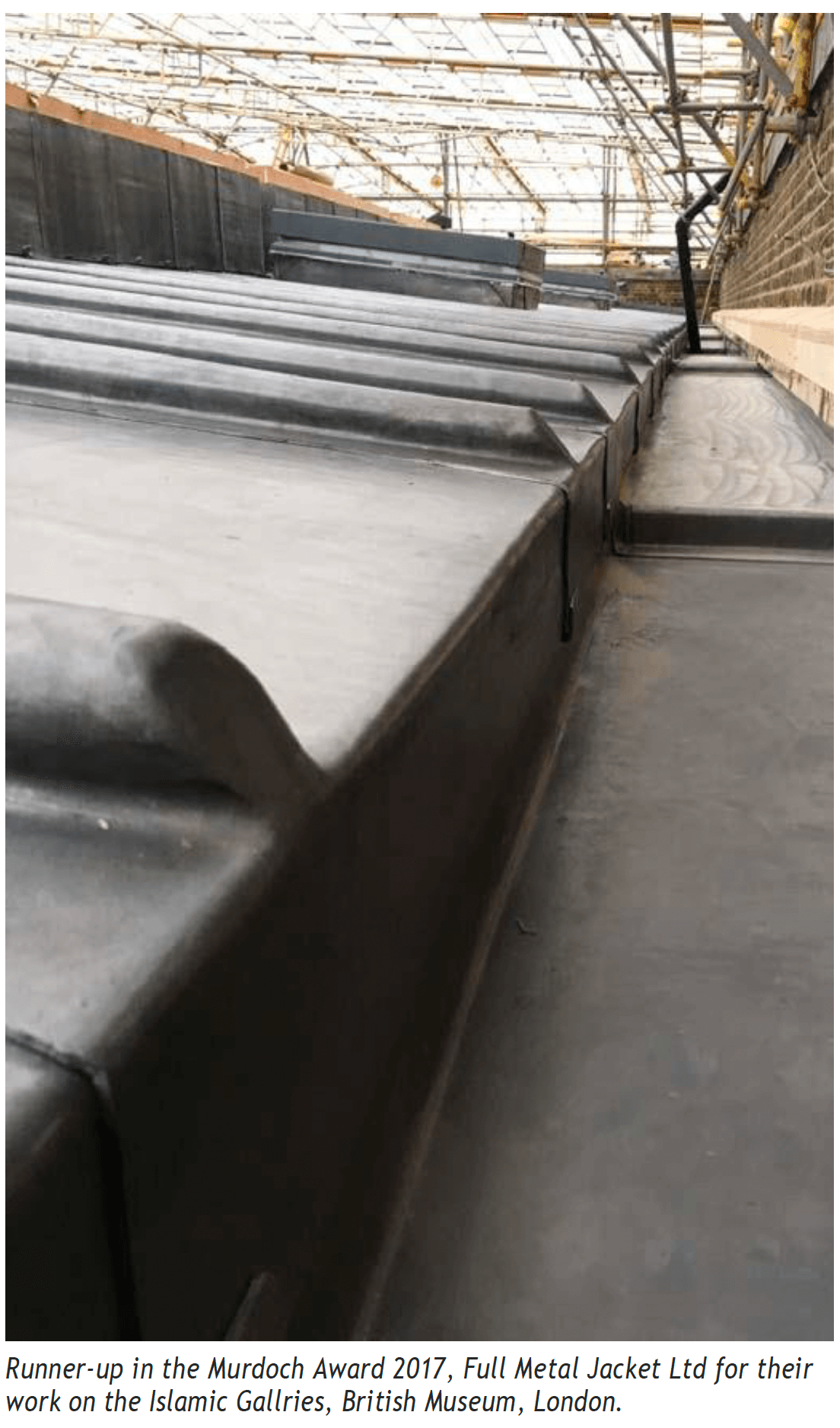